The concept of ‘servers’ was in the news recently because of likely Democratic Presidential candidate Hillary Clinton and her emails. Reading through a volume of articles about the Clinton email situation, one thing becomes readily apparent: regardless of your political beliefs, many people have no clue what exactly a ‘server’ is, even those tasked with reporting on it. (There have been entire standup routines about lack of knowledge on IT terms that only emerged in the past 15 years, with one notable example being ‘the cloud.’)

Let’s try to explain server basics a little bit here, and even tie it back to how they can benefit your business. 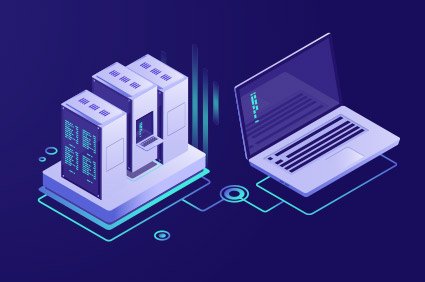 Both a server and a desktop, personal-use computer have CPU, RAM, and hard drives for storage. Those are the similarities. Servers, though, are designed for more complicated back-end tasks. Think of it like this: a server isn’t necessarily a good idea to run a desktop workload, such as a series of design applications. But servers are ideal to run the services that support those desktop applications. This is why servers are commonly tied to the idea of databases, which we’ll explore more in a second.

Small businesses sometimes try to save money by running a server operating system on a desktop computer. This is a mistake, and actually factors into another business discussion on price vs. value. (They aren’t the same thing, and when you skimp on price, you often lose value.) Desktops are designed to be user-friendly and have a series of desktop-logical applications, i.e. Microsoft Word or Photoshop. While they can have similar processing speeds, memory, and storage capacity to a server, servers are usually ‘dedicated’ devices — that means they only function as a server, and not as anything else.

If a dedicated server’s goal is to send and process information for its entire operating life, it’s necessarily designed differently than a desktop computer would be. In simplest terms, that’s why you can’t use a desktop computer as a server. (Side note: we worked with a partner once that did this. Their ‘server,’ which again was simply a desktop computer, crashed roughly twice per week.) 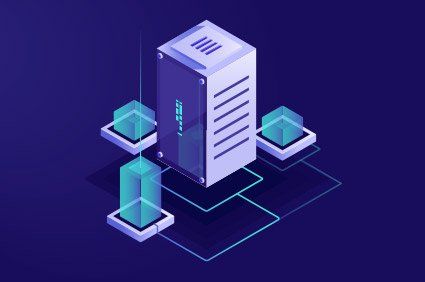 Components of a server

Your typical components of a server include:

We’ll go in reverse order to explain these briefly. (Our goal is not to make you a server maintenance technician, but to give you a basic idea of how these parts fit together in a business.)

Form Factor: This refers to the physical size and shape of a server, i.e. wide box, tall box, etc.

Network connection: This might be the single-most important aspect of a server, because, well, your server needs to be connected to your network. In 2016, most servers have network adaptability built into the motherboard. If yours doesn’t, or if you build it from the ground up, you need a separate network adapter card.

Hard drives: The most common type of hard drive in server computer is called SCSI, or Small Computer System Interface. SATA drives, or Serial AT Attachments, have also recently become popular. The differences are explained in general terms here.

Memory: This in part determines how many requests your machine can serve at once. Many different options for memory are typically available, and you need to find the one that works with your motherboard (more on that in one second). Most base-level servers will offer between 12GB and 32GB of memory. Some companies need more.

Processor: We could go deeply into different types of processors and their benefits/drawbacks, but for the purposes of this article, know this: processors are basically the ‘brain’ of your server. There’s also a concept called ‘processor cores,’ where each one acts as its own processor. Most servers use dual-core or quad-core chips.

Motherboard: All other components attach to the motherboard; it’s essentially the central nervous system of your server. 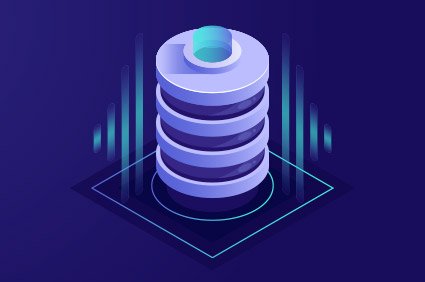 What are database servers?

Usually this refers to a server that acts as a database (logical so far, right?) in a ‘client-server’ model. In this type of model, the server is basically a centralized system that serves many clients. Database servers perform collection and analysis tasks on data within the computers using that server. The other — opposite — model is peer-to-peer computing, where two computers are connected in a decentralized network.

How does this all impact your business?

Your business almost assuredly has:

As a result, understanding the intersection of business need, document storage capability, the role of databases, and the need for servers is pretty essential to modern business. Unfortunately, the way many companies work is they simply outsource those discussions to someone high-up in IT, oftentimes because other managers with purchasing power don’t understand how the parts fit together. This can lead to poor decision-making around document storage and server selection if the IT purse-string holder has a different view of business need. (Remember: IT, while crucial to business, is still often silo’ed in most companies.)

Our goal at Contentverse is essentially to help you save money, understand your needs and options relative to your industry, and make sure your documents are saved, backed-up, and accessible from anywhere. Sounds like a lot of deliverables, right? It’s our pleasure.

We can help you manage and organize entire databases of files — here are a few testimonials towards that end as well. We’re also available to help explain servers, server composition, server deployment, and server up-keep. Oftentimes, small to mid-sized businesses without a dedicated IT resource don’t understand these concepts and, more importantly, lack the time to learn more. We’re always here to help. Feel free to contact us whenever.

A version of this article was published as Server Basics for the Clueless Office Worker on July 6th, 2016.