iCloud Showed Its Weaknesses: What Now?

iCloud Showed Its Weaknesses: What Now?

Among content storage experts, there has always been weariness surrounding non-encrypted online storage, like iCloud. For all types of content, it’s simply not secure enough. Doubt surrounding iCloud and other non-encrypted storage solutions was raised once again–and more publicly than ever–with recent news that several celebrities had their phones hacked and sensitive pictures posted online, all because of a security flaw in iCloud’s storage.

As investigators continue to track down the hacker(s) responsible, the public has largely been wondering the same things: “Is my data safe?” and “If my data is in iCloud, what are some more secure solutions?”

The Many Security Holes within Non-Encrypted Online Storage

Apple’s products and services are vast — from iCloud to functions like Find My iPhone. As a result, and often due to sheer volume, their security team can overlook a potential security exploit. Recently, Find My iPhone was found vulnerable to a brute force attack, which is when hackers launch a trial-and-error hack to determine login information. Find My iPhone does not lock automatically after a certain number of attempts, which makes it vulnerable to brute force hacks.

In addition to this security hole, a user’s iCloud security code is only four numerical digits by default. It can be more complex upon a user’s manual choice, but most users are content with the four-digit passcode. For experienced hackers, it’s relatively easy to brute force hack a four-digit numerical code. Once they obtain that, they can access the iCloud account. 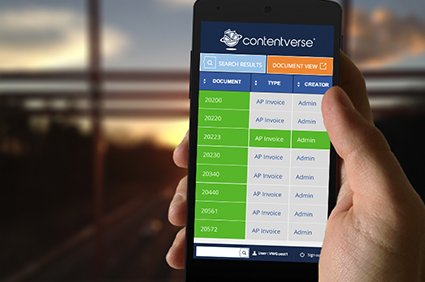 Encrypted document management, like Contentverse, offers a much more secure alternative to iCloud’s easily hackable platform. In addition to storing files in a non-native format to make it more difficult for hackers to access (while remaining easily accessible to you), Contentverse has 128-bit encryption and offers users the ability to double-encrypt top-secret files. This is a far cry from iCloud’s security, which in some cases only needs a hacker to brute attack a four-digit code to crack into — which is a very easy maneuver for them.

There were rumors that the celebrity hacker did his work when several of the celebrities were at the Emmy Awards, which implies that he used wireless networking capabilities and file-sharing settings in his hacking plan. With Contentverse, it would be impossible for a hacker to accomplish wireless hacking like this. On Contentverse, all your files and documents are protected securely and only accessible by permitted users, who will have password and security settings much more complex than iCloud’s four-digit nonsense.

The public has reason to show caution in regard to online file storage after the recent leaks. However, document management storage offers a secure and reliable solution that – in addition to clean UI, automated workflow, and the ability to view over 400 files types – makes it a no-brainer when deciding where to store your content.