Dropbox Data is Safe, but is Yours?

Home DIGITAL SOLUTIONS INDUSTRY Dropbox Data is Safe, but is Yours?
NextPrevious

Dropbox Data is Safe, but is Yours?

Cloud storage superstar Dropbox recently found itself needing to reassure consumers that their accounts had not been hacked. A poster on Pastebin, a website for uploading text for certain periods of time, had claimed he was posting the usernames and passwords of 400 Dropbox accounts. Hinting that there were millions more in his arsenal, he attempted to elicit donations from fellow Pastebin users in exchange for the remaining information.

Not the best track record…

What made sources doubt security levels in the first place? This isn’t the first time Dropbox has experienced a problem with keeping their customers’ data safe. In 2011, due to a coding error, users were able to access others’ accounts, bypassing passwords, for four hours. On the internet, four hours is an eternity.

We discussed iCloud’s disastrous security breach last month, and how consumers can maintain security. With Target’s credit card calamity and now Dropbox’s data debacle, it’s no wonder that people are concerned about where they should store their information.

In Dropbox’s case, they were happy to reassure their consumer base that the breach was a sort of hoax. The usernames and passwords were stolen from other services and falsely attributed to Dropbox. Although this is good news for these particular users, those other services have been waived off as mere small potatoes. I guess Dropbox is saying that data breaches from small-time services should be…expected? Clearly they are neglecting the bigger picture here. There are customers who are in a world of trouble, because their security was compromised. 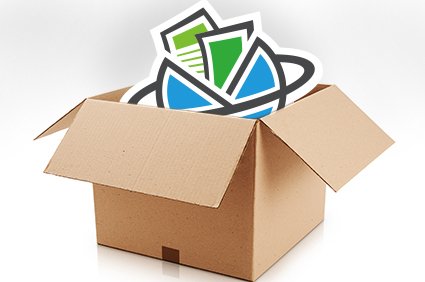 So, what do we do about it?

Frankly, Dropbox, iCloud, Google Drive, Box— these are all services that enterprise clients should avoid like the plague. The bigger the target, the more a hacker has to gain. There are literally hundreds of different cloud storage providers out there. It’s telling that the hacker in this instance didn’t say, “I have 400 passwords from SpiderOak for sale, who wants them?” Offering these credentials up as Dropbox accounts was a bait and switch that few buyers questioned, what with recent breaches all over the cloud storage industry.

You can’t leave your dry cleaning with the dog washer, and you can’t store your invoices in a personal cloud server. Storing your company’s sensitive documents with a more discreet, specialized service is your best bet.

There are better ways to keep your files safe

Data stored on a cloud is fine for the average user uploading their iTunes library, but for the big, important business documents, you may want to consider on-site storage. This method puts the security under your control, so no third-party website is going to tell you how to manage your encryption and password protection.

Contentverse provides a storage system that keeps your files where you need them: on your servers. Get yourself comfortable in the office with the desktop client or access the web interface on the go. Contentverse’s double encryption ensures that there is no way a hacker can get to your information, even if they hack into your servers. Using a document management system like Contentverse is the very best way to ensure the safety of your company’s most precious files. However, one of the ways malicious entities get access to your credentials is by using the same username and password across the board.

Even executives at the C level are guilty of this bad habit. Keep your passwords separate, varied, and memorized, if you can. The first layer of security against data breach come from your own best practices. But the most secure layers come from your friendly neighborhood Contentverse.