Consider this quote from Joseph Mikan, the County Executive of Will County in Illinois:

“Local government has to retain records for extended periods and often make these records available upon demand. But that doesn’t mean everyone has to have a paper copy filed away, which rapidly becomes both physically unmanageable, and inefficient to use.”

Indeed. Local governments have been turning to ECM solutions for a few years now, including Will County. Content management tools for local government are increasing in use as more towns and cities digitize their records. The main reasons are logical:

In Henry County (Ohio), the local government structure included 25 boards, departments, and commissions ranging from a local airport to a sewage department. Richard Myers, a local board commissioner, was tasked with finding a better solution for organizing all the paperwork running through the 25 branches of local government. He began by assessing the problem, as all good entrepreneurial thinkers do. Here’s what he determined he needed (maybe it seems familiar to you):

Henry County eventually decided on our solution (yay) and while they assessed a few different ECM vendors, we managed to stand out for two or three key reasons. 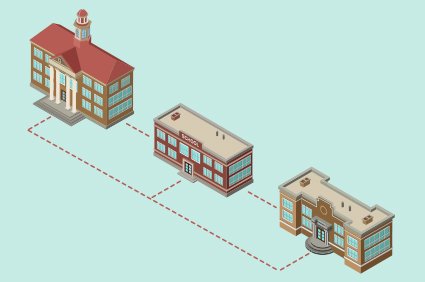 First, Henry County had the same file located and filed in multiple departments — because each department needed some information within that file. Now, as files are added to Contentverse, access can be granted to files or certain sections of a file for multiple offices to view. This has reduced (and eliminated in some cases) multiple copies of a file, as well as the need for multiple storage locations for individual files. Also, different offices often had to drive to each other to obtain files. No need anymore. They both have access, with the right security permissions.

Secondly, the process of adding more offices and initiating workflow and routing between offices began quicker than originally expected. The project started with five initial departments, and Myers didn’t expect that additional departments would sign on so quickly. However, when the rest of the County offices saw the benefits that the initial five departments were getting, they couldn’t wait to start realizing the benefits of Contentverse themselves. “I guess you could say that Phase II already happened,” says Myers.

Point being: the concept of local government has been defined as a bureaucracy for years. Maybe yours is or isn’t — ideally you are agile in some form — but there’s likely tons to coordinate and ineffective document management systems that also consume physical space. The solution? Considering an ECM. We’d love to help.