Celebrating Office Thanksgiving for Everyone

Celebrating Office Thanksgiving for Everyone

We often have a general idea of how to do “friendsgiving,” because well, our friends are our “chosen” family. As for the actual Thanksgiving, which usually involves several degrees of family members? It can be fraught — and in this year more than any for Americans, where political divisiveness seems the norm, some conversations might get a little awkward.

The third leg of this whole triangle is office Thanksgiving gatherings (and, a few weeks later, the standard office holiday/Christmas/December/Hanukkah party). There’s one major set of rules around holiday office parties. Now, if you’ve got that down (ideally you do), we need to move over to some more logistical elements of an office Thanksgiving party. 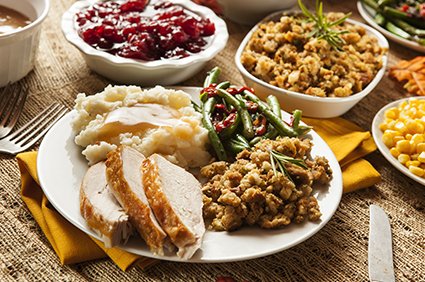 This is crucial in the modern age, because just as we’ve potentially created bubbles online that drive some of our awkward conversations at our family event, we’ve also created food bubbles. There are 100s of different types of diets, and even meal kit delivery is now segmented by Paleo, vegetarian, etc. If you’re involved in the planning of the office Thanksgiving party, you need to create some type of document – put it in your ECM — that would ideally allow people to enter the following:

You can run this for a few days and get an idea of where your “gaps” are both in terms of dishes needed and food needed around the restrictions that have been stated. You can also send a “friendly reminder” (that was in quotes for a reason, yes) to those who haven’t filled it out.

This is a nuanced topic, but let’s try to break it down. We have much research that when you force employees to be inauthentic at work, they tend to disengage. We’ve all been to office parties (and all-hands meetings) where a Vice President stands up and talks about everything he’s grateful for — then asks everyone else to say something they are grateful for about working there. It can feel really forced and create awkward, uncomfortable moments. You need to treat office Thanksgiving as a bonding/decompressing opportunity, not a chance to hammer home company culture. It should be more casual than formal once people come together.

Understand the complexity of the topic and the current time frame

Thanksgiving is a complex topic. We celebrate it, yes, but many have issues with that. If some of your employees opt out, that’s fine. Let them. (Again: allow people to be themselves where you can.) The second tier of this for 2016 is the political season we just finished. Regardless of who you voted for or why (we personally don’t care about that), it was a long, drawn-out, contentious election. For the first time in history, it involved both genders — which obviously draws up a lot of feelings on the winning and losing side. The winner will be the first President to take office without military or political experience — again, drawing up a lot of feelings on both sides. This is a natural topic for people to want to gravitate towards, and it’s OK if they do. But consider having certain managers as “spotters,” almost — if things are getting heated, they jump in with a new topic or casually separate the debaters before things get out of hand. 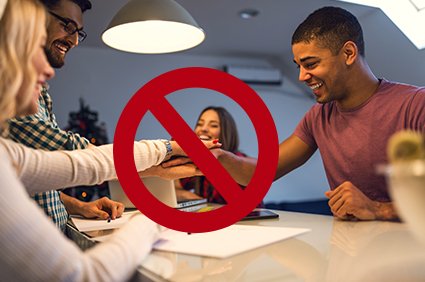 Again, this can feel forced. If done right, office Thanksgiving is a legitimately organic bonding opportunity. Don’t overplay that hand.

This is obviously relative to your fiscal year, but the holiday season can be a good time to afford employees some perks — whether they are small things (movie passes or Starbucks cards, etc.) or larger things (annual bonus). Consider providing some of these perks (in private, not in front of the whole group) around these gatherings. It will only make the employees feel more connected to you in the process. You might also consider a raffle (for a turkey or something else) at the office party as well.

A version of this article was published as The Do’s and Don’ts of Office Thanksgiving by Ted Bauer on November 21st, 2016.